The World of Gilbert & George: The Storyboard (Hardcover) 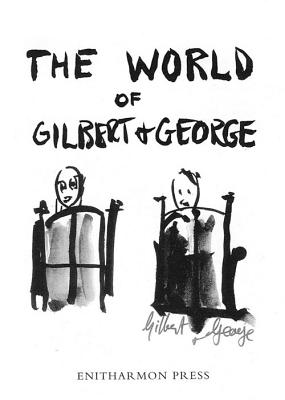 The World of Gilbert & George: The Storyboard (Hardcover)


Special Order—Subject to Availability
The World of Gilbert & George: The Storyboard publishes for the first time the complete text of the pair’s only feature-length film (released in 1981), including all instructions, as well as 900 or so drawings visualising every scene and shot in the film. This extraordinary publication takes the reader on a picaresque voyage through the artists' world, above all their own vision of their immediate environment in London's East End. It is a world of extremes, taking in the beauty of nature and the urban landscape, sex and eroticism, religion and spirituality, drunkenness and degradation, fear and human aggression, raucous humour and poetry. Wide in its range of imagery, moods and themes, it functions as a statement of their beliefs and as a kind of blueprint for much of the art they were to make over the next twenty years. The drawings are reproduced as a continuous frieze along the top half of the pages of this large format book, with the relevant text (be it voice-overs, dialogue, directions or simple descriptions) below. Painted with brushes and a pre-war supply of blue-black ink, the drawings have a lively economy and energy.
Gilbert & George are among the best-known and most popular of British artists. They met as students at St Martin’s School of Art in 1967, and by the early 1970s had become international stars, with exhibitions at the Whitechapel Art Gallery in London, the Stedelijk Museum in Amsterdam, and the Albright-Knox Gallery, Buffalo, USA. Subsequently they have had major exhibitions at the Centre Georges Pompidou in Paris, the Guggenheim Museum in New York, the Fundació Juan Miró in Barcelona, and in leading venues in Madrid, Moscow, Rome, Beijing, Bologna, Tokyo, and Paris, where their 1997 retrospective at the Musée d’Art Moderne de la Ville de Paris had the highest attendance in recent history. Their latest retrospectives were at the Centro Cultural de Belém, Lisbon, in 2002 and at Tate Modern, London, in 2007 - a huge exhibition which subsequently toured to major European and American museums.