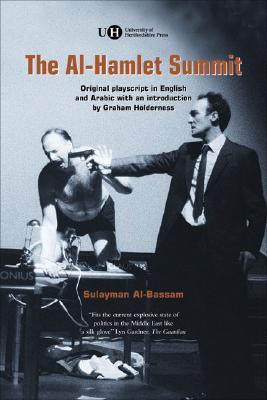 
Not On Our Shelves—Ships in 1-5 Days
(This book cannot be returned.)
Powerful and disturbing, this version of the Hamlet story is set in a modern Middle Eastern state whose leader has just died, to be replaced by his brother, a ruthless, Westernized dictator who juggles petro-dollars, arms dealers, and democratic slogans in an attempt to quell the rising tides of Islamic extremism. Presenting a composite of many Arab concerns that affect peoples from the Arabian Gulf to the Atlantic and beyond, it is a concrete and poetic formulation of an Arab viewpoint, combining aspects of the Arab oral-poetry tradition with the rhetoric of modern-day politics. It is Hamlet as pure, dangerous politics.
Sulayman Al-Bassam is an Anglo-Kuwaiti writer and director. He is the author of the play The Mirror for Princes. Graham Holderness is the author of numerous critical studies in Renaissance and modern theatre including Cultural Shakespeare: Essays in the Shakespeare Myth and Textual Shakespeare: Writing and the Word.
"Al-Bassam's astonishing text . . . takes the story of Hamlet and reworks it in a rich new poetic version . . . the results are electrifying."  —The Scotsman

"A superbly constructed dramatisation of a society's descent into fundamentalism and chaos."  —Sunday Herald