No Gods No Masters: An Anthology of Anarchism (Paperback) 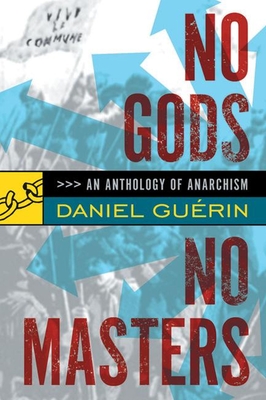 No Gods No Masters: An Anthology of Anarchism (Paperback)

The first English translation of Gu rin's monumental anthology of anarchism, published here in one volume. It details a vast array of unpublished documents, letters, debates, manifestos, reports, impassioned calls-to-arms and reasoned analysis; the history, organization and practice of the movement--its theorists, advocates and activists; the great names and the obscure, towering legends and unsung heroes.

This definitive anthology portrays anarchism as a sophisticated ideology whose nuances and complexities highlight the natural desire for freedom in all of us. The classical texts will re-establish anarchism as both an intellectual and practical force to be reckoned with. Includes writings by Emma Goldman, Kropotkin, Berkman, Bakunin, Proudhon, and Malatesta.

Daniel Gu rin was the author of Anarchism: From Theory to Practice.

In Oakland, California on March 24, 2015 a fire destroyed the AK Press warehouse along with several other businesses. Please consider visiting the AK Press website to learn more about the fundraiser to help them and their neighbors.

Daniel Guerin was a French anarchist and gay activist. He was a prolific writer. Several of his works have been translated into English, including Anarchism: From Theory to Practice, Fascism and Big Business and Class Struggle in the French Republic. Paul Sharkey is an accomplished translator. He has single-handedly made available a vast body of non-English language anarchist writings.