The Continent of Antarctica (Hardcover) 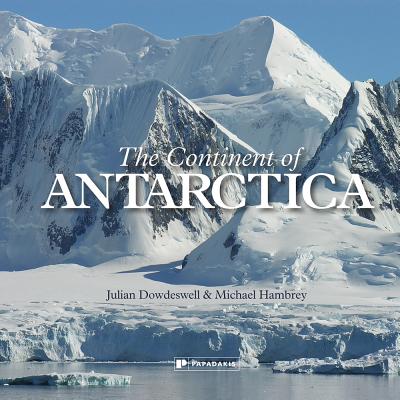 The Continent of Antarctica (Hardcover)


Special Order—Subject to Availability
-Beautiful, eye-catching and thought-provoking content, addressing current critical issues of climate change -Both authors are highly acclaimed and recognized in their field "Wide-ranging and extremely well illustrated, this authoritative yet accessible book is a must for anyone interested in the Antarctic." - Sir Ranulph Fiennes. "Richly illustrated and expertly written, this book reveals our least known continent in all its power and glory." - Michael Palin. The Antarctic is the last continent: the last to be discovered, the last great wilderness and the last to be mapped - making it arguably the least known place on Earth. The continent's contemporary significance lies in its importance as a sensitive part of the global environmental system, influencing sea levels and ocean-current circulation in a warming world - but the history of the continent, be that geologic, or in relation to human ecology, is just as vast and fascinating. The Continent of Antarctica is a richly illustrated account of the Antarctic continent, covering the physical environment, biology and history, as well as examining the future and environmental implications for the rest of the planet. The book draws on the authors' own experiences during many seasons of fieldwork on the continent and surrounding oceans. They use photographs and images from their own extensive and continent-wide collections and from the world-renowned archives of the Scott Polar Research Institute. Almost entirely wild and unspoiled this cold and remote land is clearly an inspiration to these authors and all who have visited it. The Antarctic continent is crucial for understanding and monitoring climate change and in this comprehensive tome one can see a considered and learned argument for preserving the world's last true wilderness.
Julian Dowdeswell is Director of the Scott Polar Research Institute, University of Cambridge. Julian has a doctorate of science from University of Cambridge and is a Brian Buckley Fellow in Polar Science at Jesus College, Cambridge. He has worked in many parts of the Antarctic and Arctic, and in mountainous areas of the world, in a series of field research projects over almost forty years. He has written over 350 scientific papers and eleven books, and has lectured to wider audiences, from school children to business leaders and parliamentarians, on climate-change issues. Julian has served terms as UK National Delegate to both the International Arctic Science Committee (IASC) and the Scientific Committee on Antarctic Research (SCAR), and as Chair of the UK National Antarctic Research Committee. He has been awarded the Polar Medal by Her Majesty the Queen and has also received the Founder's Gold Medal from the Royal Geographical Society. Professor Michael J. Hambrey is Professor of Glaciology, Centre for Glaciology, Aberystwyth University, Wales. Michael's research interests have focused on the dynamics of glaciers (especially their structural attributes), glacial sedimentary processes, and interpretation of the past glacial geological record. While retired from full-time teaching, Michael continues to be active in research, writing, lecturing, guiding and running field excursions for the wider public. He has been awarded the Polar Medal by Her Majesty the Queen on two occasions, in 1989 and 2012. He is also a recipient of the SCAR (Scientific Committee on Antarctic Research) Medal for Excellence in Antarctic Research (2018), and has had Hambrey Cliffs named after him on James Ross Island, northeastern Antarctic Peninsula.