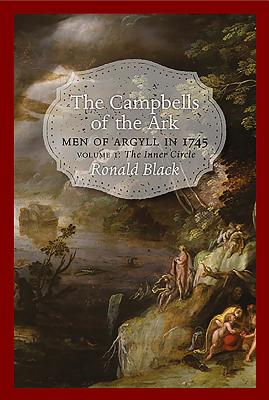 
Special Order—Subject to Availability
In the course of his long poem An Airce, 'The Ark', the Jacobite poet Alexander MacDonald shows the Campbells being subjected to trial by water for the part they played in defeating Prince Charles's army in 1745 - 6. Some will be drowned outright, he says, some just given a good ducking - and some will be honourably treated. He names forty individuals; Ronald Black puts their lives and deeds under the microscope to see how far they deserved their allotted fate.

The result is a well-balanced portrait of the leading men of Argyll in the eighteenth century and a refreshingly new perspective on one of the most colourful episodes in Scottish history: the rising of the '45 as seen through the eyes of Highlanders who helped to crush it. The Campbells of the Ark includes a detailed study of the sixty-three locally based companies of the Argyllshire Militia of 1745 - 6, covering every corner of this fascinating county, from Kintyre to Ardnamurchan, from Islay to Genorchy.
Ronald Black (Raghnall MacilleDhuibh) is a retired Senior Lecturer in Celtic Studies at the University of Edinburgh and Gaelic Editor of the Scotsman. He is a regular broadcaster and contributes to a wide variety of newspapers and journals. He lives in Peebles, Scotland.