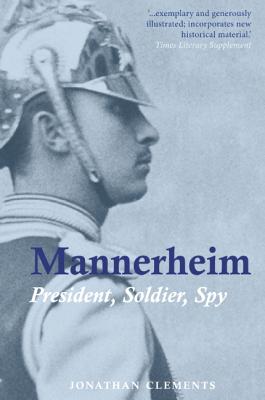 
Not On Our Shelves—Ships in 1-5 Days
Baron Gustaf Mannerheim was one of the greatest figures of the twentieth century, and the only man to be decorated by both sides in the Second World War. As a Finnish officer in Russian service, he witnessed the coronation of the last Tsar, and was both reprimanded for foolhardiness and decorated for bravery in the Russo-Japanese War. He spent two years undercover in Asia as an agent in the 'Great Game', posing as a Swedish anthropologist. He crossed China on horseback, stopping en route to teach the 13th Dalai Lama how to shoot with a pistol, and spying on the Japanese navy on his way home. He escaped the Bolsheviks by the skin of his teeth in 1917, arriving in the newly independent Finland just in time to lead the anti-Russian forces in the local revolt and civil war. During Finland's darkest hour, he lead the defence of his country against the impossible odds of the Winter War. This major new life of Gustaf Mannerheim, the first to be published for over a decade, includes new historical material on Mannerheim's time in China.
Jonathan Clements is an author and TV presenter specializing in the history and cultures of the Far East. Previous books by him include An Armchair Traveller’s History of Tokyo, The Emperor’s Feast, and Anime: A History.