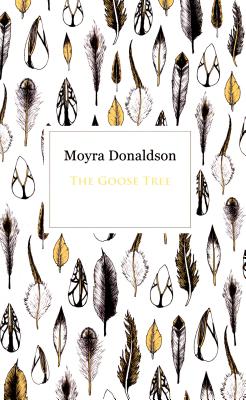 
Special Order—Subject to Availability
Moyra Donaldson is one of Ireland's leading poets. She has published five previous collections, including a Selected Poems in 2013. Her work has been hailed as urbane, modern, and sophisticated important and engaging ambitious in its scope, and speaking with a rare authority insightful and profoundly moving... Whatever the subject matter be it anatomy, death, life, sex, or the natural world Moyra Donaldson writes with a keen knowledge of the connection between the private and the public, the past and the present, the local and the universal.REVIEWS "Moyra Donaldson has assimilated the powerful influences of Yeats, Hewitt, Hughes, Longley and Heaney, together with Plath and Liz Lochhead, to present a hard-won distinctive self."MedbhMcGuckian"Moyra Donaldson's poetry has grown to ignite unexpected perceptions and magnify them. Betrayals, personal and political; excavations, historical and psychic; correspondences of temperament and object; innocences pristine and varied and very much in power. "The Goose Tree" shows a poet treading on her own footprints; the considerable themes of her career advanced in perspective and colour and with the happy skills of a poet both accomplished and mature but alert still to surprise, both in form and substance: like her village women who waited/In their beds for the sound of wings . A joyous collection."Damian Smyth.