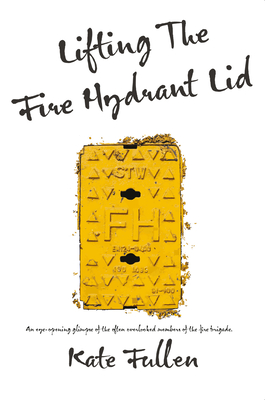 A raw, eye-opening memoir from a North East firefighter, charting her journey into the male dominated heart of the British Fire and Rescue Service.

Lifting the Fire Hydrant Lid follows young, idealistic recruit, Kate Fullen, as she negotiates training school and settles into life on the watch. With incidents and routine tasks woven into the fabric of the story, it describes the consuming pressure, emotional turmoil and unpredictable nature of the job.

Utilising the rare perspective of a northern, queer, working-class female firefighter, Lifting the Fire Hydrant Lid examines the more intricate difficulties experienced by minority groups and gives a voice to a profession that is seldom heard and rarely seen.

Kate lives in the North East of England and has been a firefighter for over 16 years. 'Lifting the Hydrant Lid' is her first book, written to reveal the difficulties faced by all firefighters, the additional tribulations of the female contingent and the true nature of their vocation. Born in County Durham, the second of four children and sandwiched between two brothers, Kate soon became accustomed to holding her own amongst male counterparts. This competitive drive saw her reach a high level in numerous sports and win 3 consecutive national chess championships. After graduating from the University of Sunderland with a Sports Science degree, Kate was undecided as to her future career, but a chance visit to an open day at the Fire Service Training Centre changed her life forever. Following success at each stage of recruitment, Kate turned down employment as a white water rafting instructor on Pigeon River and accepted the position of firefighter. No stranger to challenging situations, Kate has climbed Mount Kilimanjaro; coached soccer in USA; managed a successful women's football team; completed the first 'Tough Mudder' event in Scotland; and more recently adopted 2 boys as a single parent. Following the arrival of her second son, Kate changed direction, she now works as a personal trainer and life coach, encouraging others to follow their dreams.