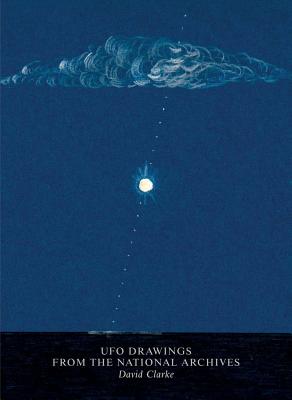 Originally established at the request of Winston Churchill in the aftermath of World War II, the British Ministry of Defence's UFO Desk operated for more than 60 years, collating mysterious sightings and records of strange objects in the sky from observant, and sometimes imaginative, members of the public. As well as letters and official reports, the UFO files contain photographs, drawings and even paintings of these curious sightings sent in by concerned citizens. In 2007, after decades of stonewalling questions about its UFO investigations, the Ministry of Defence announced that it had decided to release all of its surviving files, in an attempt to counter "the maze of rumor and frequently ill-informed speculation" on the subject.

Journalism scholar David Clarke has been working with the UK's National Archives on the UFO files since the Ministry of Defence began to release them. In this volume, Clarke selects examples from the archives to present a history of British UFO art and the remarkable stories behind these images: accounts of an alien craft on the A1, flying saucers over Hampstead and a spaceship landing at a primary school in Macclesfield. Revealing the uncanny experiences, rumors, hopes, fears and fantasies expressed by British people from all walks of life, UFO Drawings from the National Archives offers a glimpse into a secret social history of the twentieth century.

UFO Drawings from the National Archives is part of the Four Corners Irregulars series spotlighting important but overlooked areas of creativity from modern British visual history.