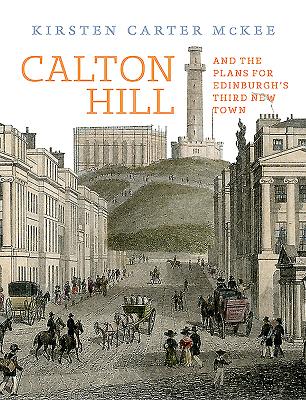 
Special Order—Subject to Availability
Calton Hill, on the eastern edge of Edinburgh's centre, has a special relationship with the city. Development of the hill and its surrounding area(often referred to as Edinburgh's 'Third New Town') began in the late eighteenth and early nineteenth centuries by a decision-making elite, whoproposed to change the site from a rural periphery into the new urban core of the city.This book shows that the architecture and urban design on Calton Hill was a demonstration of Scotland's cultural identity and political allegiance tothe British State - as key enlightenment figures and theories were celebrated alongside the British naval heroes and the House of Hanover in theearly stages of its development. However, as Scotland's identity within Britain evolved through changes in governance in the nineteenth and earlytwentieth centuries, Calton Hill - and all that its neo-Greek architecture came to represent - became a metaphor for the friction between Scottishand British Nationalism, resulting in it being considered a 'Nationalist Shibboleth' by the last years of the twentieth century.This book considers how the architectural expression of Calton Hill has been perceived, accepted and rejected as ideas surrounding culturalidentity, governance and nationalism have changed over the last 200 years.