Disarming the Nuclear Argument: The Truth About Nuclear Weapons (Paperback) 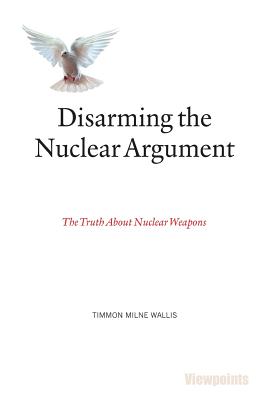 Disarming the Nuclear Argument: The Truth About Nuclear Weapons (Paperback)

Nuclear weapons are too important to be left to politicians and generals. They need to be discussed in the pub, at the school gates and over the kitchen sink so that people are aware of the issues involved and have had the opportunity to think them through. TIMMON MILNE WALLIS

The nine nuclear weapon states are extending their commitments to nuclear 'deterrence' well into the second half of this century, despite treaty obligations and an 'unequivocal undertaking' to disarm. The us alone is expecting to spend up to $1 trillion (ie. $1,000,000,000,000) upgrading its nuclear weapons over the next 30 years.

With around 15,000 nuclear weapons stockpiled worldwide, the risk of one going off by accident or design is increasing every day. Timmon Milne Wallis explores the arguments in favour of nuclear weapons with a critical eye, cutting through the rhetoric and obfuscation to get to the real truth about these weapons.

Timmon Milne Wallis was born in Boston, Massachusetts and moved with his family to Cullen on the Moray Firth. He studied politics and international relations at the University of Aberdeen. He then discovered the peace studies course at Bradford University in West Yorkshire and ended up getting a PhD from there. Timmon spent several years living at a peace camp and campaigning against the building of a nuclear cruise missile base at RAF Molesworth in Cambridgeshire. He currently works for Quaker Peace & Social Witness, where he is now job-sharing the position of Programme Manager for Peace and Disarmament.