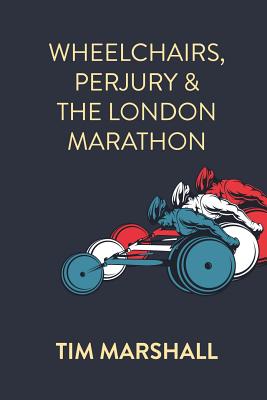 The top wheelchair athletes of today enjoy the same high-profile exposure and admiration as their able-bodied counterparts. This has come about partly through wheelchair participation in mass fun-running events such as the Great North Run.

Wheelchairs, Perjury and the London Marathon charts disability sports pioneer Tim Marshall MBE's journey from the rock-climbing accident which left him paralysed, to becoming a trailblazer for wheelchair racing.

The fun-runs of the 1980s enabled wheelchair road-racing to flourish, and Marshall took part in marathons and half-marathons where wheelchairs were welcome to compete. This did not, however, include The London Marathon, from which wheelchairs were banned for the first two years. This is the story of how this prohibition was overturned, told from the competitor's point of view. Tim and many others campaigned for the inclusion of wheelchairs in The London Marathon in the face of huge opposition from the organisers.

Finally, in 1983 the efforts of sportsmen and women, the press, the Greater London Council and members of parliament resulted in a breakthrough just ten days before the 1983 marathon, which at last agreed to wheelchair participation.

Wheelchairs, Perjury and the London Marathon reveals the tenacity and resolve required to achieving sporting greatness in the face of adversity. Tim Marshall's story -- and the legacy he has helped build for disabled sports -- are a testament to his love of racing and his passion for disability equality.