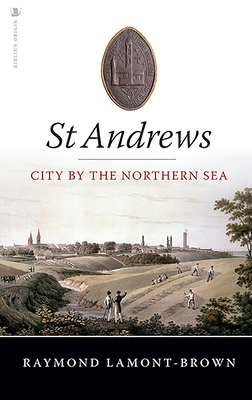 
Special Order—Subject to Availability
St Andrews is without doubt one of Scotland's most historic and beautiful cities. Once the ecclesiastical capital of Scotland, it played a prominent role in the nation's political life until the seventeenth century. In addition, it is also home of the nation's oldest university; and whilst claims that it is the birthplace of golf may remain controversial, there is no doubt it is regarded as world capital of the game today.

This fascinating and comprehensive account of St Andrews traces its history from Pictish times to the present day. It is based not only on a huge amount of original research, but also on an intimate knowledge of the town which Raymond Lamont-Brown accumulated in over twenty years' residence there. In addition to facts and figures, the book also introduces many of the people who have featured prominently in the story of St Andrews - from doughty residents such as Sir Hugh Lyon Playfair and Cardinal Archbishop David Beaton to illustrious visitors like Mary, Queen of Scots, John Knox and Samuel Johnson.