No Past Tense: Love and Survival in the Shadow of the Holocaust (Hardcover) 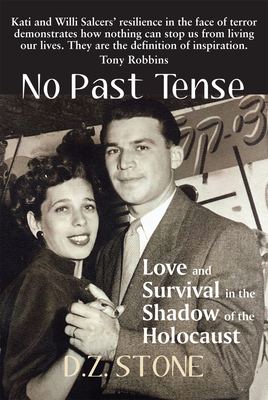 No Past Tense: Love and Survival in the Shadow of the Holocaust (Hardcover)


Special Order—Subject to Availability
No Past Tense is the biography of Katarina (Kati) Kellner and William (Willi) Salcer, two Czech Jews who as teenagers were swept up by the Holocaust in Hungary and survived Auschwitz and Mauthausen, respectively. Covering their entire lives, weaving in first person "real time" voices, the unique structure of No Past Tense provides a distinctive "whole life" view of the Holocaust. The book begins with their childhoods, education in Budapest, and 16-year-old Kati meeting 19-year-old Willi in the Jewish ghetto in Plesivec, a Slovak village annexed by Hungary in 1938. After liberation from the camps they returned to discover most Jews were gone, and the villagers did not want them back. In defiance, Kati took up residence in a shed on her family’s property, and in reclaiming what was hers, won Willi’s heart. They lived as smugglers in post-war Europe until immigrating illegally to Palestine in 1946. In 1958, saying he did not want the children to know war, Willi convinced Kati to move to America.

D.Z. Stone is a journalist with academic training in cultural anthropology. Her work has appeared in The New York Times and Newsday.