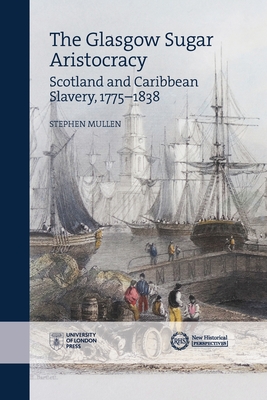 
Coming Soon—Pre-Order Now
The first book to outline Scotland’s colonial past and Glasgow’s direct links with the slave trade through sugar plantations.

This important book assesses the size and nature of Caribbean slavery’s economic impact on British society. The Glasgow Sugar Aristocracy, a grouping of West India merchants and planters, became active before the emancipation of chattel slavery in the British West Indies in 1834. Many acquired nationally significant fortunes, and their investments percolated into the Scottish economy and wider society. At its core, the book traces the development of merchant capital and poses several interrelated questions during an era of rapid transformation, namely, what impact the private investments of West India merchants and colonial adventurers had on metropolitan society and the economy, as well as the wider effects of such commerce on industrial and agricultural development.

The book also examines the fortunes of temporary Scottish economic migrants who traveled to some of the wealthiest of the Caribbean islands, presenting the first large-scale survey of repatriated slavery fortunes via case studies of Scots in Jamaica, Grenada, and Trinidad before emancipation in 1834. It, therefore, takes a new approach to illuminate the world of individuals who acquired West Indian fortunes and ultimately explores, in an Atlantic frame, the interconnections between the colonies and metropole in the late eighteenth and early nineteenth centuries.
Stephen Mullen is an historian of slavery and its aftermath in the British Atlantic world, with a particular focus on Scotland and the Caribbean. He is a postdoctoral researcher and lecturer in History at the University of Glasgow.