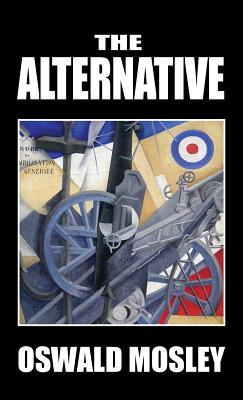 The publication of The Alternative not only marked the inauguration of Union Movement, Oswald Mosley's post-War political party, but the launch of his master concept of 'Europe a Nation' that remained the enduring theme of the rest of his life. Mosley's vision of a United Europe stretching from the Urals to the Atlantic, had little in common with the present European Union, essentially, Mosley wanted Europe to speak with one voice on what mattered - defence, foreign affairs and economic policy - whilst leaving all other matters to national governments. In this way, the cultural integrity of Europe would be maintained whilst allowing the new Europe to become the pre-eminent world order.

In The Alternative Mosley warns of the "barbarians of the Modern Age" named - Mob and Money, both of which meant the destruction of European values and civilisation. Mosley also discusses his ideas for the development of science, and art, and the calls for the emergence of a new type of political leader: the Thought-Deed Man, or Soldier Poet, who could both think and act.

He concludes the book with his greatest contribution to philosophy in which he interprets the meaning of life expressed in his Doctrine of Higher Forms. Oswald Mosley considered The Alternative to be the magnum opus of his writings. It was also his message to posterity, and one that provides a philosophical basis for future generations of Europeans.