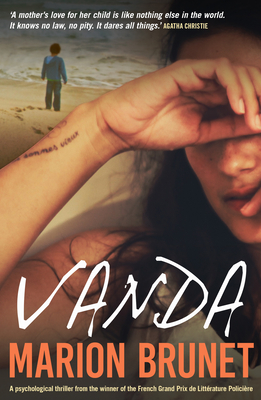 
In Stock—Click for Locations
A psychological thriller set in Southern France. Brunet has followed on from the success of "the Summer of Reckoning" with this magnificent portrait of a woman and a mother.

A beautiful and often poetic tale that is unflinching about social and personal violence. Set in Marseilles, this is the story of Vanda, a beautiful woman in her thirties, arms covered in tats, skin so dark that some take her for a North African. Devoted to her six-year-old son No , they live in a derelict shed by the beach.

She had wanted to be an artist; she is now a cleaner in a psychiatric hospital. But Vanda is happy living alone, like a mama bear with her cub. "The two of them against the world", as she says. Everything changes when Simon, the father of her son, surfaces in Marseilles. He had left Vanda seven years earlier, not knowing that she was pregnant. When Simon demands custody of his son, Vanda's suppressed rage threatens to explode. The tension becomes unbearable, both parents fully capable of extreme violence.

Marion Brunet, born in 1976, is a well known Psychological Thriller and Young Adult Fiction author in France. Her YA novels have received over 30 prizes, including the 2017 UNICEF Prize for Youth Literature. Marion has previously worked as a special needs educator and now writes her fiction in Marseille. Vanda follows on from the success Summer of Reckoning, her first novel written for the general public and her work to be translated into English.