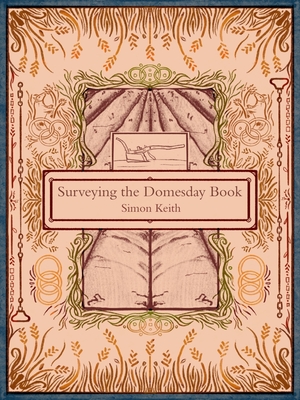 
Special Order—Subject to Availability
This is an analysis of the Domesday Book from the perspective of a surveyor and valuer. Most of the logistical problems encountered by the Domesday surveyors are universal.

The main aim of this work is to calculate a timetable for the creation of the Domesday survey. In order to do so, it is necessary to analyze the text and to use 'reverse engineering' to determine the survey's purpose, what data was collected, the volume of it and how it was used.

Clearly, the purpose was fiscal because the text and the format of the data are not usable as either a land register or an estate management terrier. The data captured are much more narrowly based than usually acknowledged. It is land-based and excludes the built environment. It is not a complete record of either the agricultural workforce or livestock numbers.

Logistics indicate that the survey could not have been fully completed within the year of 1086. It is highly likely that substantial preparatory work had been done before the Christmas meeting in 1085. The final version in a single hand could not have been completed before King William's death in September 1087.

The Domesday survey was a revaluation of the hidage assessment system using the same underlying concept and the same administrative machinery, but updating the data and adding monetary values. Although the survey provided a sound cadastre, it was never used to collect tax directly. It was therefore a fiscal failure.