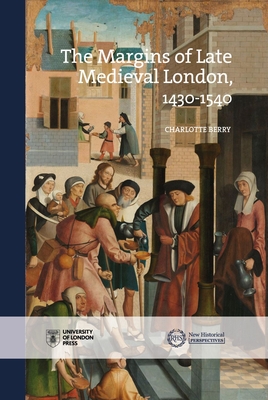 The Margins of Late Medieval London seeks to unpack the complexity of urban life in the medieval age, offering a detailed and novel approach to understanding London beyond its grand institutions and social bodies. Using a combination of experimental digital, quantitative, and qualitative methodologies, the volume casts new light on urban life at the level of the neighborhood and considers the differences in economy, society, and sociability which existed in different areas of a vibrant premodern city. This book focuses on the dynamism and mobility that shaped city life, integrating the experiences of London’s poor and migrant communities and how they found their place within urban life. It describes how people found themselves marginalized in the city, and the strategies they would employ to mitigate that precarious position.
Charlotte Berry is an independent scholar who has published on marginality, reputation, sociability, and immigration in late medieval society.