Going to Trinidad: A Doctor, a Colorado Town, and Stories from an Unlikely Gender Crossroads (Hardcover) 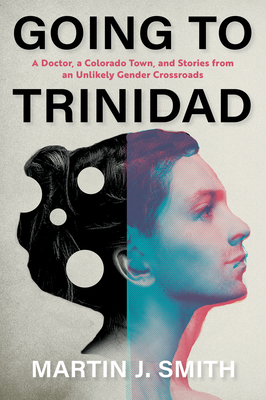 Going to Trinidad: A Doctor, a Colorado Town, and Stories from an Unlikely Gender Crossroads (Hardcover)


Not On Our Shelves—Ships in 1-5 Days
For more than four decades, between 1969 and 2010, the remote former mining town of Trinidad, Colorado was the unlikely crossroads for approximately six thousand medical pilgrims who came looking for relief from the pain of gender dysphoria. The surgical skill and nonjudgmental compassion of surgeons Stanley Biber and his transgender protege Marci Bowers made the phrase "Going to Trinidad" a euphemism for gender confirmation surgery in the worldwide transgender community.
Martin J. Smith, a veteran journalist and former senior editor of the Los Angeles Times Magazine, is the author of five crime novels and four previous nonfiction books. He has won more than fifty newspaper and magazine writing awards, and his novels have been nominated for three of the publishing industry's most prestigious honors, including the Edgar Award, the Anthony Award, and the Barry Award.