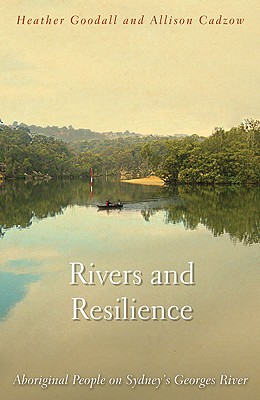 
Not On Our Shelves—Ships in 1-5 Days
(This book cannot be returned.)
Tracing the history of Aboriginal people along Sydney’s Georges River from the early periods of British and Irish settlements to the present, this study offers a dramatically new approach to Aboriginal history in an urban Australian setting. It investigates the role of traditional communities in this densely settled suburban area, showing how the continued presence of Aboriginal traditional owners is largely—and wrongly—dismissed or ignored. Telling the stories of real people who lived along the river, the research demonstrates that traditional owners took up active roles in sustaining rich cultural identity among Aboriginal communities and argues that these complex groups have continually regenerated their relationships and identity, thereby building on their traditions while engaging in a new present.

Heather Goodall is a professor in the transforming cultures division at the University of Technology–Sydney. She is a leading historian of Aboriginal Australia who has also been widely published in areas of environmental history. She is the coauthor of Isabel Flick: The Many Lives of an Extraordinary Aboriginal Woman, which won the inaugural Magarey Medal in 2005. Allison Cadzow is a researcher at the University of Technology in Sydney.