Bwana, There's a Body in the Bath! (Paperback) 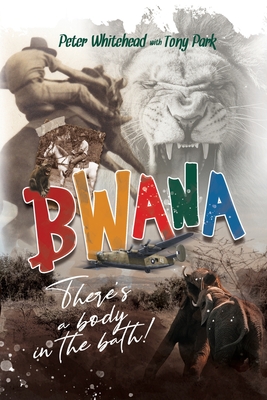 Bwana, There's a Body in the Bath! (Paperback)

Bwana, There's a Body in the Bath

By Peter Whitehead with Tony Park

Born in Shanghai and shipped to England as a child, Peter Whitehead then made his way to Australia, solo, at the age of 13 in 1938, in order to save his family money.

Alone and working in near slave-like conditions as a farm labourer, Peter learned the art of breaking wild horses and so began a lifelong love affair with animals.

After wartime service as a horse breaker for the army and a gunner on a Liberator bomber, Peter headed to Africa and a richly varied career as an agricultural officer, national parks ranger, big game hunter, animal wrangler and rancher.

He worked on the sets of several big-name movies, including Hatari with John Wayne, and handled lions for the smash hit film, Born Free.

Peter survived two aircraft crashes, as well as encounters with man-eating lions, zombie witches, and killer hippos, and nearly drowned in a crocodile infested river. Along the way, he also helped save an endangered species and found a woman who would put up with him.

Bwana, There's a Body in the Bath is Peter's story of nearly a century of incredible adventures.

Tony Park is the author of 20 thriller novels set in Africa and eight non-fiction biographies. In Bwana, There's a Body in the Bath, he teams up with a man who has truly lived a life full of adventure, spanning nearly 100 years and several continents. For lovers of Africa, history, and true life adventure.