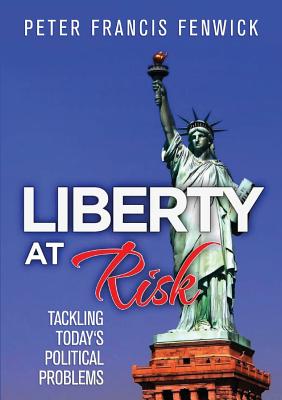 
Not On Our Shelves—Ships in 1-5 Days
(This book cannot be returned.)
Liberty at Risk: Tackling Today's Political Problems is a compilation of twenty-three commentaries on current affairs from a libertarian perspective. It is a companion to Peter Fenwick's previous work - The Fragility of Freedom: Why Subsidiarity Matters. Libertarianism is the political philosophy of individual liberty. It is based on the principle of private property and founded on natural rights theory as expounded by John Locke in the seventeenth century. The essential elements of the libertarian creed are self-ownership, private property and the free market. In practice, this leads to a society of co-operation, tolerance and mutual respect; a preference for voluntary organisations; and a minimal role for the state. Wherever this ideology has been tried, mankind has flourished. Per capita incomes have risen multiple times; longevity has increased by many years; education has become universally available; women have been treated equally; there has been more time devoted to culture and the arts; and there has been noticeable increases in civility. Elsewhere, throughout history, only small ruling elites led the good life; the majority led a precarious and unpleasant existence. Unfortunately, over the past hundred years the social democratic welfare state has inhibited progress in the West, and now theocratic Islamists are creating mayhem in the Middle East. Our wonderful, free and prosperous society is being threatened by ideologies, from within and without, that compromise the reasons for its success. If we are to succeed in our battle with competing ideologies, then we need to acquire an appreciation of the legacy of our Western Civilization and be determined to live up to its ideals.