'I Wonder': The Life and Work of Ken Inglis (Australian History) (Hardcover) 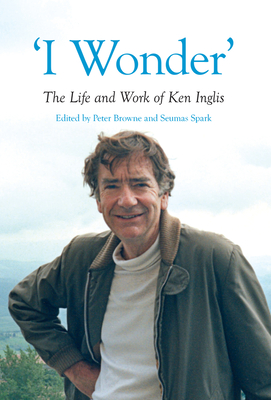 'I Wonder': The Life and Work of Ken Inglis (Australian History) (Hardcover)


Special Order—Subject to Availability
Ken Inglis was one of Australia’s most creative, wide-ranging, and admired historians. During a scholarly career spanning nearly seven decades, his humane, questioning approach won him a large and appreciative audience. Whether he was writing about religion, the media, nationalism, the ‘civil religion’ of Anzac, a subject he made his own, or collaborating on monumental histories of Australia or the remarkable men aboard the Dunera, he brought wit, erudition, and originality to the study of history. Alongside his history writing, he pioneered press criticism in Australia, contributed journalism to magazines and newspapers, and served as vice-chancellor of the fledgling University of Papua New Guinea. This collection of essays traces the life and work of this much-loved historian and observer of Australia life.

Peter Browne is editor of the online magazine Inside Story. As editor of Australian Society, he published a series of Ken Inglis’s articles between 1986 and 1992. Seumas Spark is a co-author of Dunera Lives (Monash University Publishing, two volumes, 2018/2020). He had the privilege of working with Ken Inglis on these books.