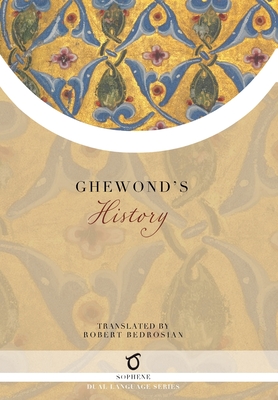 Ghewond's History covers the period from ca. 632 to 788 and includes descriptions of the Arab invasions of Armenia in the mid 7th century, the wars fought by the caliphate against Byzantium and the Khazars, the settlement of Arab tribes in Asia Minor and the Caucasus, and the overthrow of the Umayyads, as well as information on Arab tax policies, the status of the Armenian Church, and the Armenian and Arab nobilities.

Almost nothing is known about the life of Ghewond, he is considered a trustworthy historian. He correctly lists the caliphs and the lengths of their reigns, except for the reigns of the initial three caliphs. He correctly lists the names and reigns of the ostikans or Muslim governors of the newly-created administrative unit called Arminiya, which included Armenia, East Iberia (Georgia), and parts of Aghuania. He was a supporter of the ambitions of the Bagratid family and, according to the colophon at the end of his History, wrote under the patronage of Shapuh Bagratuni, son of Smbat sparapet (commander-in-chief), whose activities are recorded in the work.

The Sophene Dual Language series places the original Armenian text side-by-side with its English translation, making for the most accessible editions of the finest works of Armenian literature.

Translated into English by Robert Bedrosian.