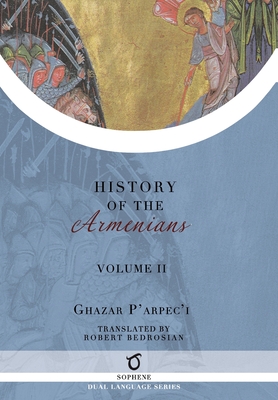 Ghazar P'arpec'i's History of the Armenians was written at the end of the fifth or beginning of the sixth century. The first book of this three-book work begins with information concerning the division of Armenia between the Byzantine and Sasanian empires (in 387), and describes the invention of the Armenian alphabet and the abolition of the monarchy in the Iranian-controlled eastern sector (428) to the death of Catholicos Sahak (439). Book II describes the anti-Iranian Armenian uprising of 450/451 (the battle of Awarayr) led by Vardan Mamikonean, while Book III describes another anti-Iranian uprising led by Vardan's nephew, Vahan Mamikonean, and known as the Vahaneanc' (481-84). Volume 2 contains Book III.

Translated into English by Robert Bedrosian.