Detransition: Beyond Before and After (Spinifex Shorts) (Paperback) 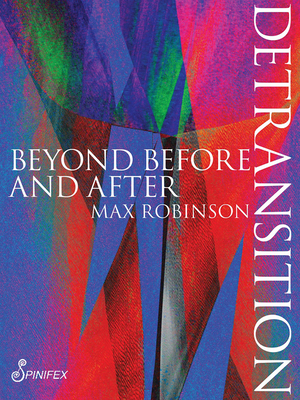 Detransition: Beyond Before and After (Spinifex Shorts) (Paperback)


Not On Our Shelves—Ships in 1-5 Days
I experienced my transition as a form of resistance, but in reality it only affirmed the same stereotypes that had done me harm to begin with. Trying to prevent myself from committing suicide by becoming less recognizably female was an attempt at resistance that, politically, functioned in many ways as a form of capitulation.  Many feminists are concerned about the way transgender ideology naturalizes patriarchal views of sex stereotypes, and encourages transition as a way of attempting to escape misogyny. In this brave and thoughtful book, Max Robinson goes beyond the ‘before’ and ‘after’ of the transition she underwent and takes us through the processes that led her, first, to transition in an attempt to get relief from her distress, and then to detransition, as she discovered feminist thought and community. The author makes a case for a world in which all medical interventions for the purpose of assimilation are open to criticism. This book is a far-reaching discussion of women’s struggles to survive under patriarchy, which draws upon a legacy of radical and lesbian feminist ideas to arrive at conclusions. Robinson’s bold discussion of both transition and detransition is meant to provoke a much-needed conversation about who benefits from transgender medicine and who has to bear the hidden cost of these interventions.   Transition is not an unconstrained choice when we are fast-tracked to medical intervention as if being female was a tumor that required immediate removal to save our lives.
Max Robinson became involved with lesbian feminism in an effort to make sense of her experiences with medical transition. She found it accomplished that and then some! Max provides direct support services for developmentally disabled women. She lives in southern Oregon with her partner Kitty and their dogs, cats, and captive-bred opae ula shrimp. Her other work includes a book of collages, Why Is This Woman Smiling?, first person dog poetry, Laika, and lots of little tiny sculptures.