Seeing the Songs: A Poet's Journey to the Shamans in Ecuador (Paperback) 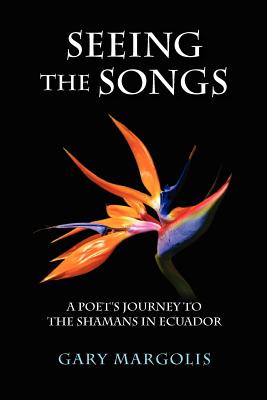 Seeing the Songs: A Poet's Journey to the Shamans in Ecuador (Paperback)


Special Order—Subject to Availability
A journey to Ecuador’s rainforest, this memoir reflects upon the effects of environmental destruction in that nation while simultaneously recounting the author’s personal experiences as a psychologist and poet. From traditional healing ceremonies performed by Andean and rain forest shamans to the knowledge gained from Shuar and Quecha Indians regarding the degrading impact of oil-company drilling and local forest cutting, this account shares the lessons learned from an inspiring group of people. Step by step, mile by mile, the author and his friends find their way up and over the mountains, across the stone-sung Amazon rivers and further into the jungle, to find a love they had forgotten, a world with which they could return.
Gary Margolis Ph.D, is Executive Director of College Mental Health Services Emeritus and Associate Professor of English and American Literatures (part-time) at Middlebury College. He was a Robert Frost and Arthur Vining Davis Fellow and has taught at the University of Tennessee, University of Vermont and Bread Loaf Writers' Conferences. His third book, Fire in the Orchard was nominated for the 2002 Pulitzer Prize in Poetry. His poem, The Interview was featured on National Public Radio's The Story. Boston's Channel 5 interviewed him on the Middlebury campus reading his poem, Winning the Lunar Eclipse, after the 2004 World Series.
He is the recipient of the Saint Michaels College Clinical Psychology Department Award for Mental Health Practice in Vermont and the Wilton Covey Community Service Award from The Counseling Service of Addison County, Vermont, on whose board he now serves. He also was a volunteer firefighter in Cornwall, Vermont.
His fourth book of poems, Below the Falls is a book that responds to the loss of Middlebury student Nicholas Garza, our country's wars, and the search for things that sustain us.

"Gary Margolis has always been a poet, but, in Seeing the Songs, he emerges as a poet in the Emersonian sense: a Seer whose eyes are opened to the world and whose heart and mind sing back this wisdom in words. Margolis transforms memory into vision and vision into a call for action . . . to protect these tribal cultures and sacred forests on their own terms, not ours."  —Rebecca Gould, author, At Home in Nature: Modern Homesteading and Spiritual Practice in America

"Gary Margolis masterfully describes both his inner and outer journeys, as only an accomplished poet can do. He invites us to materialize our dreams, quell our nightmares, and experience life with indigenous teachers. Seeing the Songs IS being there. When you enter this incredible book, you enter a world where dreams and reality weave each other and 'fact becomes poetry, poetry becomes fact.'"  —John Perkins, author, Confessions of an Economic Hitman

"Gary Margolis writes important poems about important subjects, which he understands in emotional and intellectual depth . . . Seeing the Songs, this fine book, now demonstrates in his lyrical prose."  —Bill McKibben, author, Earth: Making a Life on a Tough, New Planet

"Whether sharing his intense experiences with Otavalo shamans in Ecuador, his journey through craters, playing ball with locals or his adventures in the jungle with the Shuar people, Gary Margolis genuinely shares his experiences as if unashamedly talking to his best friends." —Ximena Mejia, Director of counseling, Middlebury College