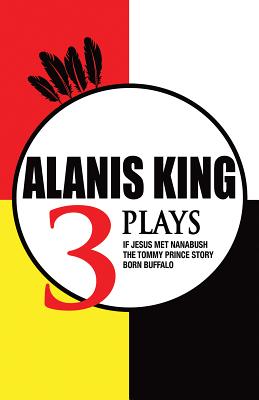 If Jesus Met Nanabush, When Jesus disappears from the bible as a young man, he emerges here, in Canada during the turbulent 1970s.The first person he meets up with is trickster Nanabush, the great Anishinaabe impersonation of life. Together the two make an odd cosmological couple. Nanabush is earthy, irascible, hard-drinking. Jesus is formal, a little naive and a whole lot introverted. Yet as they adventure through downtown streets and bars and bus depots, the reader will discover that the two are not all that different after all.

The Tommy Prince Story, a poignant drama about one of Canada's most decorated Native war veterans.

The Manitoulin Incident, profiles the history behind the rights erosion that sparked a pivotal moment in the defence of Canadian Native rights.

Playwight and director Alanis King is a major force in Canadian and native drama. She was the first Aboriginal woman to graduate from the National Theatre School of Canada. She has been Artistic Director and Festival Director for many festivals and theatres. Alanis lives in Ottawa.