Refractions of the National, the Popular and the Global in African Cities (Paperback) 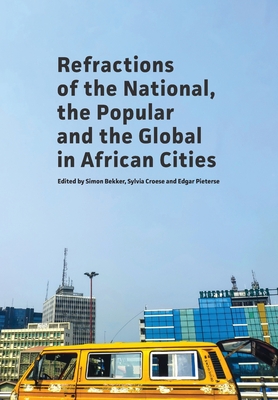 Refractions of the National, the Popular and the Global in African Cities (Paperback)

Case studies of metropolitan cities in nine African countries - from Egypt in the north to three in West and Central Africa, two in East Africa and three in Southern Africa - make up the empirical foundation of this publication. The interrelated themes addressed in these chapters - the national influence on urban development, the popular dynamics that shape urban development and the global currents on urban development - make up its framework. All authors and editors are African, as is the publisher. The only exception is G ran Therborn whose recent book, Cities of Power, served as motivation for this volume. Accordingly, the issue common to all case studies is the often conflictual powers that are exercised by national, global and popular forces in the development of these African cities.

Rather than locating the case studies in an exclusively African historical context, the focus is on the trajectories of the postcolonial city (with the important exception of Addis Ababa with a non-colonial history that has granted it a special place in African consciousness). These trajectories enable comparisons with those of postcolonial cities on other continents. This, in turn, highlights the fact that Africa - today, the least urbanised continent on an increasingly urbanised globe - is in the thick of processes of large-scale urban transformation, illustrated in diverse ways by the case studies that make up the foundation of this publication.