The Apocrypha: Including Books from the Ethiopic Bible (Paperback) 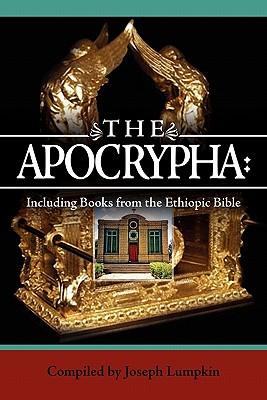 The Apocrypha: Including Books from the Ethiopic Bible (Paperback)

By Joseph B. Lumpkin (Compiled by)


Not On Our Shelves—Ships in 1-5 Days
The number of books in the Bible depends on which Bible is being referenced. Protestant and Catholic churches recognize 27 New Testament books. Protestants recognize 39 books of the Jewish canon in the Old Testament. Roman Catholics hold 46 books of the Old Testament as canon, along with expanded versions of Esther and Daniel. In addition to the 73 books of the Catholic Bible, the Orthodox Church adds three more books to their canon. By far, the largest canon of all is found in the Ethiopic Church, whose Bible totals 81 books. This Apocryphal volume contains the books of the Catholic, Orthodox, and Ethiopic Bibles, which include: 1 Esdras, 2 Esdras, 1 Maccabees, 2 Maccabees, 3 Maccabees, 4 Maccabees, Letter (Epistle) of Jeremiah, The Prayer of Azariah, Baruch, Prayer of Manasseh (Manassas), Bel and the Dragon, Wisdom of Sirach, Wisdom of Solomon, Additions to Esther, Tobit, Judith, Susanna, Psalm 151, Enoch, Jubilees, 1 Clements, Shepherd of Hermas.