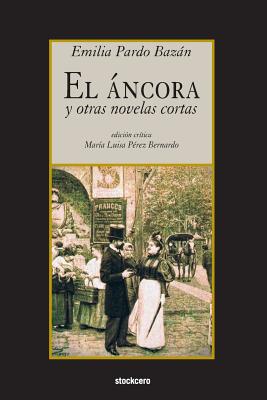 
Not On Our Shelves—Ships in 1-5 Days
(This book cannot be returned.)
Emilia Pardo Baz n (1851-1921) is a central and influential figure in nineteenth-century Spanish literature, the author of more than thirty novels as well as a number of short stories and critical essays on literary criticism. Surely no Spanish woman has produced the sheer quality, the extraordinary breadth, or the quality of the essays that she wrote during her life. Best known for her novels, short stories and articles in the papers of her time, she also cultivated the novella genre. This edition includes four novellas by Emilia Pardo Baz n: El ncora (The anchor), La dama joven (the young lady), Buc lica (Bucolic) and La gota de sangre (The drop of blood). In these novellas, Pardo Baz n examines how society constructs the social category of the woman as well as establishing her own position as an author speaking out on one of the essential questions of her time. She shows a central preoccupation with the situation of women, reflecting the author's reformist intentions and nonconformist views. Also, through these novellas, this Spanish female writer comments on current events and presents her ideas on contemporary issues of 19th century Spain. The last novella La gota de sangre (The drop of blood) is widely considered one of the first Spanish detective novels. In fact, she wrote several stories and novellas in the detective fashion. In this narrative, Pardo Baz n undertakes the creation of a new literary genre, while discussing ideas relating to crime and justice. In La gota de sangre the author seems much more interested in exploring the motives for the crime than in the means by which the detective discovers the murderer.