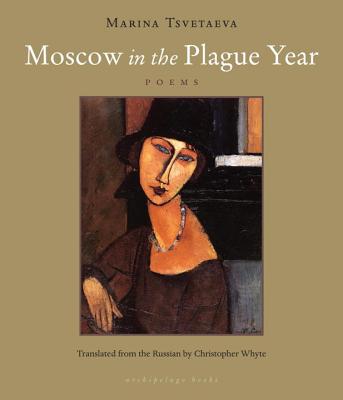 
Special Order—Subject to Availability
Written during the Russian Revolution of 1917 and the Moscow famine that followed, these poems are suffused with Tsvetaeva's irony and humor, which undoubtedly accounted for her success in not only reaching the end of the plague year alive, but making it the most productive of her career. We meet a drummer boy idolizing Napoleon, an irrepressibly mischievous grandmother who refuses to apologize to God on Judgment Day, and an androgynous (and luminous) Joan of Arc.

"Represented on a graph, Tsvetaeva's work would exhibit a curve - or rather, a straight line - rising at almost a right angle because of her constant effort to raise the pitch a note higher, an idea higher ... She always carried everything she has to say to its conceivable and expressible end. In both her poetry and her prose, nothing remains hanging or leaves a feeling of ambivalence. Tsvetaeva is the unique case in which the paramount spiritual experience of an epoch (for us, the sense of ambivalence, of contradictoriness in the nature of human existence) served not as the object of expression but as its means, by which it was transformed into the material of art." --Joseph Brodsky

While your eyes follow me into the grave, write up the whole caboodle on my cross! 'Her days began with songs, ended in tears, but when she died, she split her sides with laugher!'
--from Moscow in the Plague Year: Poems
Marina Tsvetaeva (1892-1941) was a Russian poet and memoirist. Tsvetaeva's work was admired by many poets of her time, including Rainer Maria Rilke, Boris Pasternak, and Joseph Brodsky, among others. The Russian Revolution prompted Tsvetaeva's husband to join the White Army, and she and her young children were trapped in Moscow and thrown into extreme poverty for five years, the subject of the poems in Moscow in the Plague Year. In 1941 her husband was shot on the charge of espionage, her daughter sent to a labor camp, and Tsvetaeva herself sent to Yelabuga, where she found herself once more desperately looking for work until her suicide later that year. The author lives in Moscow, Russia.
"A poet of genius." --Vladimir Nabokov

"Unique, profound, passionate, inspiring ... Asks questions we didn't know existed until she offered them to us, and answers to some of poetry's most enduring mysteries." --C.K. Williams

"Although generally less well known here than Pasternak, Akhmatova and Mandelstam, Tsvetaeva is counted by some critics as the greatest of these four major poets of postrevolutionary Russia ... Infused with high passion and a heroic tenacity of spirit." --Publishers Weekly

"colloquial, witty and most welcome […]. Whyte’s contribution to the ‘English’ Tsvetaeva, apart from the focus of the selection which gives the reader the opportunity really to get to know the poet as a young woman caught up by the tornado of war and revolution, is [...] the way he reflects her edgy humor […] and her pithy self-characterisations […]. Tsvetaeva’s visual imagery is superbly conveyed […] as are her sustained, ephemeral metaphors. What a fine feeling for language to say ‘on’, not ‘in’ the sky, so that we see not just the rainbow name MARINA, but the industrious adolescent stretching up to spell it out. For the sake of this name, Whyte allows the Russian music to break through his own, more sober idiom."