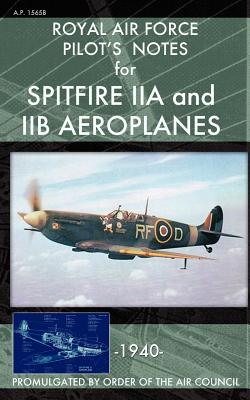 
Not On Our Shelves—Ships in 1-5 Days
(This book cannot be returned.)
The epitome of grace, beauty and design, the Supermarine Spitfire was one of the most deadly fighters of WWII. Manufactured in huge numbers - over 20,000 were built - the Spitfire was the only fighter airplane in production at the beginning of WWII, that remained in production after the conflict. Many different variants were produced including the Seafire naval fighter. Nineteen Spitfire squadrons were available to the R.A.F. by the fall of 1940, when the Battle of Britain began in earnest. While the Hurricanes attacked German bombers, Spitfire pilots were most often tasked with engaging Luftwaffe fighters. With its superior maneuverability, the Spit proved more than a match. These pilot's notes for the Mark IIA and IIB were standard issue for R.A.F. pilots circa 1940. They contain information about aircraft operation, controls, handling and maneuvering, and emergencies. (An enhanced 8x10 edition is also available featuring ground crew maintenance and assembly information.)