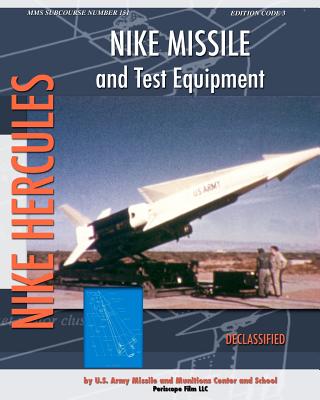 By Missile and Munitions Center and School


Not On Our Shelves—Ships in 1-5 Days
(This book cannot be returned.)
The development of jet aircraft during WWII also signaled that a new era in anti-aircraft defense had arrived. To counter the emerging threat, the U.S. Army commissioned Project Nike. Developed by Bell Laboratories, Nike was an ambitious radar-controlled missile system that initially targeted bombers flying at 500 mph and at up to 60,000 feet. At that distance a conventional missile would need to "lead" its target. Bell's answer to the problem was to use three radars and an analog computer. The first radar would acquire the target, and the second would track it. The third system followed the missile via a transponder. The computer used incoming data from all three radars to steer the missile and score a kill.After a successful test in 1951, Nike Ajax was deployed in 1953 at 240 launch sites or batteries. It was America's very first operational anti-aircraft missile. Many Nike Ajax sites were located near population centers, strategic locations, and ICBM sites. Ajax was eventually replaced by Nike Hercules, which had a top speed of over 3000 mph and an altitude ceiling approaching 100,000 feet. Unlike Ajax, Hercules could be equipped with a nuclear warhead of up to 20 kilotons, making it effective against fleets of bombers or even ICBMs. An improved Hercules model was followed by Nike Zeus, but that system was terminated in 1963 as a result of technical setbacks. By the late 1960s, with the Nike concept undermined by the deployment of large numbers of Soviet ICBMS, cutbacks in deployment began. After the signing of the SALT treaty in 1972, the remaining Nike sites were decommissioned.Created during the final years of Project Nike, this Nike Missile and Test Equipment manual was developed by the U.S. Army Missile and Munitions School. Intended to familiarize trainees with the weapons system, this historic book features numerous diagrams and detailed information that will intrigue anyone who ever wondered, "how did that work?