On the Loose in Washington, D.C. (Find the Animals) (Hardcover) 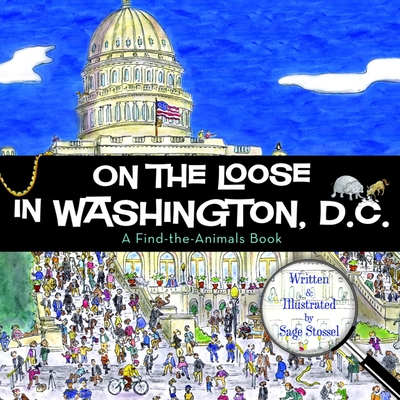 On the Loose in Washington, D.C. (Find the Animals) (Hardcover)


Backordered
In 2009, prize-winning Atlantic Online cartoonist created her Where's Waldo?-type bestseller On the Loose in Boston, which depicted the animals from Franklin Park Zoo in Beantown settings from Fenway Park to Faneuil Hall. Stossel's new book follows the animals from the National Zoo as they cavort around our nation's capital from the White House to Capitol Hill to the National Air and Space Museum. Children will have hours of entertainment finding the animals in On the Loose in Washington, DC - whether a monkey at the Library of Congress, a kangaroo at the Supreme Court, or a lion at the National Mall Over 100 animals are hiding cleverly in favorite DC locations in this colorfully-illustrated rhyming picture book.
Sage Stossel is a native of Belmont, Massachusetts, and a graduate of Harvard College (1993), where she contributed a weekly cartoon strip, "Jody," to the Harvard Crimson. She is an editor at The Atlantic Monthly and the books editor of the Radcliffe Quarterly. Her editorial cartoon feature, "Sage, Ink," appears regularly in The Atlantic Monthly Online.