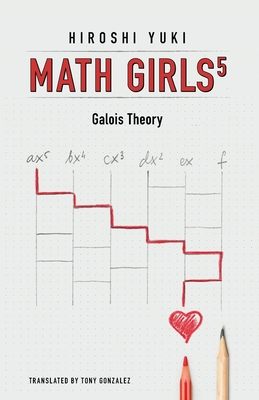 This fifth entry in the highly acclaimed Math Girls series focuses on the mathematics of variste Galois, the nineteenth-century wunderkind who revolutionized mathematics with work he performed while still a teenager. Mathematicians before him had discovered solutions to general second-, third-, and fourth-degree equations, but a similar "quintic formula" that would allow knowing the solutions to any fifth-degree equation had eluded mathematicians for centuries. Through his ingenious approach of bridging the worlds of groups and fields, young Galois not only showed that such a formula was impossible, he newly developed group theory and the branch of mathematics that today bears his name. Join Miruka and friends to see how Galois developed his theory, along with related topics such as geometric constructions and the angle trisection problem, derivation of the cubic formula, reducible and irreducible polynomials, group theory and field theory, symmetric polynomials, roots of unity, sets and cosets, cyclotomic polynomials, vector spaces, extension fields, and symmetric groups. The book concludes with a tour through Galois's first paper, in which he describes for the first time the necessary and sufficient conditions for a polynomial to be algebraically solved using radicals. Math Girls 5: Galois Theory has something for anyone interested in mathematics, from advanced high school to college students and educators.