Keeping the Past: Norwood at 150 (Paperback) 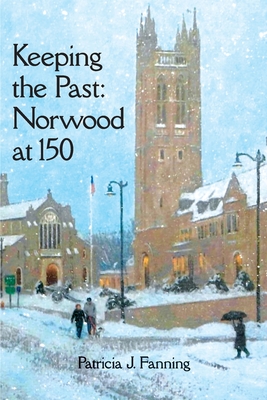 Keeping the Past: Norwood at 150 (Paperback)

By Patricia A. Fanning

Located on the Neponset River in Norfolk County, Massachusetts, the town of Norwood has a colorful and surprisingly wide-ranging past. In this series of twelve essays, local historian Patricia Fanning, town resident and author of a number of books about the area, brings to life the various and sundry individuals and events that have shaped it, in preparation for the celebration of its official 150th anniversary in 2022. Covering the three centuries from the town's founding in the 18th century as the village of South Dedham and then following through the challenges of immigration and industrialization in the 19th century to the political turmoil of the 20th century, these lively and well-researched essays will encourage readers to reexamine old assumptions, reaffirm well-established truths, and gain new perspectives.

In these pages, you will discover the colonial-era Reverend Thomas Balch, the tale of Aaron Guild, and how a local character was memorialized by E.E. Cummings and Ezra Pound. The Civil War era is well represented by a sampling of touching veterans' stories, followed by the chronicle of the arrival of Irish, Scandinavian and Lithuanian immigrants into town, and how the town's physical layout was influenced by several well-known designers and architects. Local historian and journalist Win Everett plays a role, as does McCarthyism and its influence on the local library. The struggles and victories of early residents of color are told in some detail, as is the town's reaction to the 1918 flu pandemic. Written in a familiar and thoroughly engaging style, the vignettes related in this book will work their charm on anyone interested in the history of Norwood and its people.