Earth & Eros: A Celebration in Words and Photographs (Paperback) 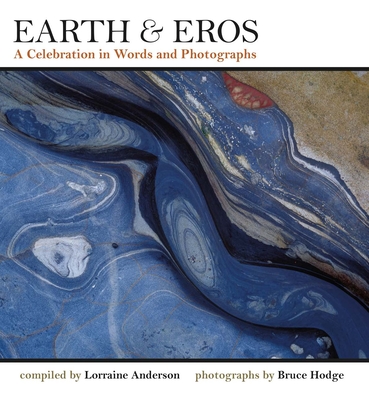 Earth & Eros: A Celebration in Words and Photographs (Paperback)


Special Order—Subject to Availability
In the tradition of The Sense of Wonder by Rachel Carson and On the Loose by Terry and Renny Russell, Earth & Eros combines words and photographs to inspire readers to deepen their connection with the good Earth. The book awakens readers to the full force of eros -- life force that connects us to our bodies, other humans, all living beings, and the Earth as a living being. Intended as an antidote to an age obsessed by speed, screens, and machines, this book brings together previously published prose and poetry with 25 fine art landscape photographs to explore the sacred erotic dimension of humans' relationship to the Earth. The writings in Earth & Eros were chosen for their brevity, readability, beauty, and potency, and the photographs for their sensuality. Readers engage with writers such as David James Duncan, Hart Crane, Diane Ackerman, Sherman Alexie, D. H. Lawrence, Mary Oliver, and Pablo Neruda. Some of the pieces of writing are explicitly sexual, while others appreciate the sensuality of tree limbs, seeping water, mushrooms, and ferns. Earth and Eros is beautifully produced and a pleasure to hold and to look at, a book to read and reread slowly, out loud.
Lorraine Anderson is a freelance writer, editor, and teacher whose work focuses on encouraging a way of life in tune with nature. She is the editor of Sisters of the Earth: Women's Prose and Poetry About Nature and other works on nature. She lives in Corvallis, OR. Bruce Hodge is a fine art photographer who has exhibited at various venues around the San Francisco Bay Area, where he has lived since 1979. Hodge is a computer scientist and a leader in the production of software for the visual arts industry, and he is the founder of Carbon-Free Palo Alto. Robert Michael Pyle is author of 12 books and hundreds of papers, essays, stories and poems. He has a Ph.D. from the Yale School of Forestry and Environmental Studies. His 1987 book Wintergreen describes the devastation caused by unrestrained logging in Washington's Willapa Hills, near his home.