This Time Together (Paperback) 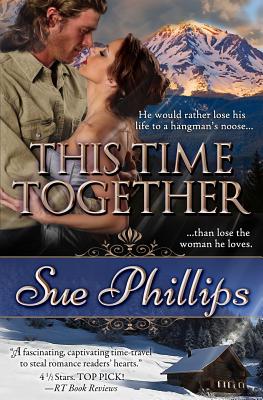 This Time Together (Paperback)


Not On Our Shelves—Ships in 1-5 Days
(This book cannot be returned.)
WHAT HAPPENS WHEN a present-day lady lawyer wakes up in an 1890s mountain cabin with a grizzly-faced recluse, then learns she is there to defend him against a murder charge?Entertainment lawyer KATHERINE MARSHALL views the whole idea of time-travel as pure Hollywood escapism, but she figures the only solution to her bizarre predicament is to right a century-old mistake: the hanging of an innocent man. FLYNT AVERY, a student of ancient Indian mysticism, finds himself believing in the claims of this fascinating woman he calls Kate-that she has somehow come from another time. But when he learns that his acquittal means she will return to her life in 1992, Flynt would rather lose his life to a hangman's noose than lose the woman he loves.Re-issue. Previously published by Jove.