The River of Souls (Paperback) 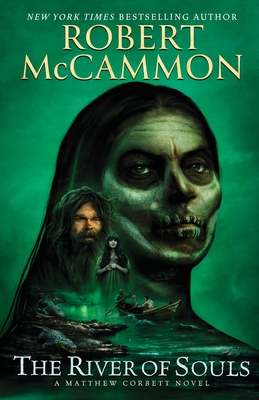 The River of Souls (Paperback)

Accompanied by his new friend Magnus Muldoon, professional problem-solver Matthew Corbett is in the Carolina colony, where three enslaved people have managed to flee their captors-one of them accused of killing the daughter of a plantation owner.

Troubled by certain discrepancies and determined to see some sort of justice done, Matthew embarks on a treacherous journey up the Solstice River, also known as the River of Souls. He discovers that something born of the swamp has joined the hunt... and is stalking the hunters with more than murder in mind.

What follows is a shattering ordeal encompassing snakes, alligators, exiled savages, mythical beasts, and ordinary human treachery. The journey up the River of Souls will test the limits of Matthew's endurance and lead him through a nightmarish passage to a confrontation with his past, and a moment that will alter his life forever.

Gripping, unsettling, and richly atmospheric, The River of Souls is a masterful historical adventure featuring the continuing exploits of a young hero the USA Network has called "the Early American James Bond."