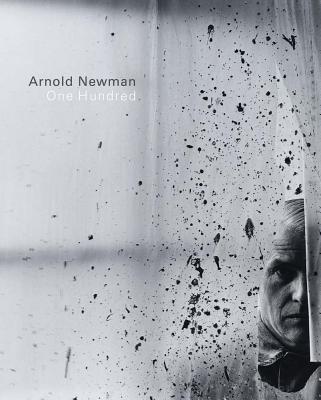 100 essential images from the founder of environmental portraiture

Published to coincide with the centennial of Arnold Newman's birth, Arnold Newman: One Hundred offers a celebratory look at 100 of the photographer's most provocative and memorable images. Arnold Newman is widely renowned for pioneering and popularizing the environmental portrait. He placed his sitters in surroundings representative of their professions, aiming to capture the essence of an individual's life and work. Though this approach is commonplace today, his technique was highly unconventional in the 1930s when he began shooting his subjects. His environmental approach to portraiture was influenced by symbolism and impressionism, and defined by the imperative of captivating the viewer no matter how well known the subject was. While he specialized in photographing artists, Newman captured the likenesses of a vast range of figures, from athletes and actors to presidents and politicians, including Marlene Dietrich, John F. Kennedy, Harry S. Truman, Piet Mondrian, Pablo Picasso, Arthur Miller, Marilyn Monroe, Ronald Reagan, Mickey Mantle and Audrey Hepburn.

Born in New York City in 1918, Arnold Newman grew up in Atlantic City, New Jersey, and Miami Beach, Florida. He began his career in photography working at portrait studios in Philadelphia, Baltimore and West Palm Beach, while making abstract and documentary photographs on his own. While socializing with students at what was then called the Philadelphia Museum School of Industrial Arts, he was introduced to an experimental approach to portraiture encouraged by Alexey Brodovitch. In 1941, Beaumont Newhall and Alfred Stieglitz discovered his work and gave him an exhibition at the A.D. Gallery. Newman was an important contributor to publications such as the New Yorker, Vanity Fair, Life, Harper's Bazaar, Esquire, New York Times Magazine and many others. He died in New York in 2006.