Wish Upon a Shell (Paperback) 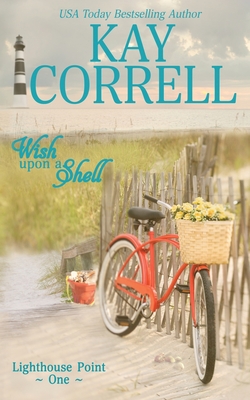 Wish Upon a Shell (Paperback)

Sometimes the right person enters your life at exactly the wrong time...

For the first time in her life, struggling bakery owner Julie Farmington has something that is all hers.

She's not interested in any entanglements or anything that takes her mind off her goal-including the handsome stranger who is only in town for a month.

Forced to take time off work, Reed Newman makes a spur-of-the-moment decision and books a trip to Belle Island, Florida. A surprising choice that goes against everything in the rigid, well-planned life he fills with constant activity to keep from dealing with his pain and guilt.

As he struggles to make peace with his past-and learn to relax-he finds himself falling for the charming owner of The Sweet Shoppe. But Julie tells herself she isn't interested in a man who is just going to leave when he returns home. She's not interested in adding yet one more name to the list of people who have walked out of her life.

But emotions heat up. Reed's past and Julie's present collide and history threatens to repeat itself.

And neither one saw it coming...

Get this heartwarming first book in the Lighthouse Point series. Three friends-Tally, Susan, and Julie-support each other through triumphs and failures, love and loss. Fall in love with Belle Island and the friendly-or not so friendly-townsfolk on this small southern island.

Wish Upon a Shell - Book One

Wedding on the Beach - Book Two

Love at the Lighthouse - Book Three

Cottage Near the Point - Book Four

Return to the Island - Book Five

Bungalow by the Bay - Book Six