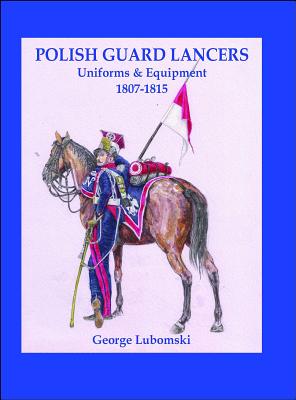 
Not On Our Shelves—Ships in 1-5 Days
(This book cannot be returned.)
The most complete history of the 1st Guard Lancers (Polish) in english or any other language

Richly illustrated with many pictures and sources never seen before, this is the complete history of the famed Polish lancers from their founding in 1806 as an honor guard for Napoleon, to one of the most famous and recognizable units of the Napoleonic Wars.  With over 250 illustrations – most in color, this is a must have for students of history or people interested in the era.
Born in Keighley, Yorkshire in 1950, George Lumborski is the son of Polish post-war Immigrants, who went into teaching profession in 1973. He formed the Polish Guard lancer’s re-enactment group, as part of the ‘Association Britannique de la Garde Impériale’ in 1993. George took command of the UK, Polish, Russian and French sections of the regiment as Colonel and later Colonel-General. He has participated in numerous bi-centennial events such as Pultusk, Somosierra, Borodino, Leipzig, Paris, Waterloo. Mr. Lumborski has studied the uniforms and equipment of the Polish Guard Lancers for over 30 years. He been awarded B.ed, FINS, Pro- Memoria medal (Polish) from the Polish government on the field of Somosierra).