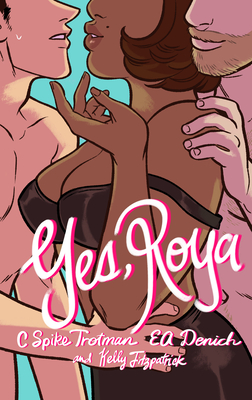 Wylie Kogan is an aspiring artist, stumping for work in 1963 California. When a fawning fan letter grants him access to his cartoonist hero, the wealthy and celebrated Joseph Ahlstrom, he's quick to take advantage of a proffered portfolio review . . . but winds up learning more than he ever wanted to about Joe when he stumbles across some of his idol's illicit fetish art. His hasty, ill-considered theft of a drawing triggers a series of events he never planned on . . . most of which involve Joseph's imposing and resolute partner, Roya.

C. SPIKE TROTMAN was born in DC, raised in MD, and lives in IL. An artist and writer, she founded Iron Circus Comics in 2007, which has since grown to become the region's largest comics publisher. Her notable work includes the webcomic Templar, Arizona, the Smut Peddler series of erotic comic anthologies, and Poorcraft, a graphic novel guide to frugal living. EA DENICH is a cartoonist and illustrator. She lives in Southern California. KELLY FITZPATRICK is a Hugo Award-nominated colorist residing in Calgary, Alberta, Canada. She has worked on books nominated for GLAAD, Prism, and Harvey Awards, and is an illustrator when not expertly coloring critically-acclaimed titles.
For This Book...
Staff Pick