The Moynihan Report: The Negro Family - The Case for National Action (Paperback) 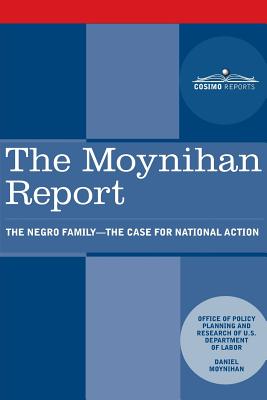 The Moynihan Report: The Negro Family - The Case for National Action (Paperback)

By U. S. Department of Labor, Daniel Patrick Moynihan

"The fundamental problem... is that of family structure. The evidence--not final but powerfully persuasive--is that the Negro family in the urban ghettos is crumbling." --From the introduction to The Moynihan Report, 1965

Against the backdrop of President Johnson's War on Poverty and the Watts riots in Los Angeles, a young civil servant with the OFFICE OF PLANNING AND RESEARCH at the Department of Labor, DANIEL P. MOYNIHAN, wrote in 1965 his most controversial study The Moynihan Report--The Negro Family: The Case for National Action.

This report drew widespread attention from critics and supporters alike. It concluded that the conditions under which black children were being raised, generally in single-mother households, were the leading cause of black poverty. As Moynihan wrote decades later: "The work began in the most orthodox setting, to establish at some level of statistical conciseness what 'everyone knew' that economic conditions determine social conditions. Whereupon, it turned out that what everyone knew was evidently not so."

Although Moynihan was a liberal politician and the report called for jobs programs and vocational training for blacks, many black and civil rights leaders found his report patronizing and that it relied on stereotypes of the black family and black men. The 1965 statistics, when approximately 25 percent of black babies were born out of wedlock, have not improved 50 years later, when this percentage has grown to 75 percent--with 50 percent for Hispanic babies and 29 percent for white babies. Also in other areas, such as income, employment, and incarceration, the statistics have deteriorated for blacks. The legacy of The Moynihan Report is that the debate it launched around cultural causes of black poverty is still not settled in modern day America.