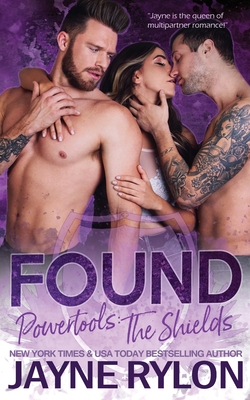 The Shields security team accepts missions in the grey area of both law and morality that no one else wants or can handle. They're a ragtag bunch of special ops soldiers, ex-government agents, and hackers wrangled by a former construction worker who aspired to be a superhero's sidekick when he grew up.

What could go wrong when they turn their sights on a human trafficking ring that might have been the reason their coordinator's sister disappeared nearly thirty years ago?

Nolan Skalbeck is sure their assignment is a bad bet. Regardless of whether or not they find the hauntingly gorgeous woman their artist sketched or not, the horrific things he discovers about the operation they've infiltrated convinces him they have to shut it down for good by whatever means necessary.

What he doesn't expect is to fall for a woman who already has a partner, and is willing to share him with Nolan. Once he has, it will take every bit of his strength and training to keep from losing them both.

Even if he's successful, how will he convince them, himself included, that he's not a horrible person-like the ones they've been surrounded by for most of their lives-even though he hunts and destroys evil bastards for a living?