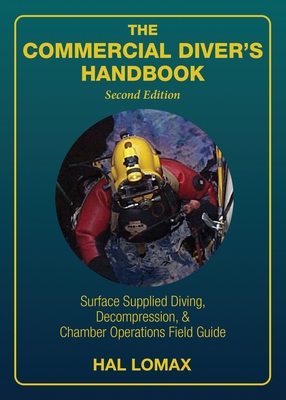 For several generations, the U.S. Navy Diving Manual has been considered the Bible of both military and commercial diving, regardless of where in the world these operations were performed. In the past, the U.S. Navy Diver's Handbook was the go-to source for military and commercial divers when they were in the field and did not wish to carry the complete manual with them. The last official printing of the handbook was in 1994, and after that time there was a desperate requirement for a handbook for the commercial diver.

This second edition of The Commercial Diver's Handbook has a few changes worth noting. First and foremost is the update of the U.S. Navy Diving Tables from Rev. 6 to 7. Secondly, the size of the book has increased slightly and there is larger print. The decompression tables are now in color for ease of use. As for the chamber medical kits, the handbook now specifies DMAC 15, Revision 4, and the appropriate lists are provided. In addition, the reader will notice other small changes made to keep information current in almost every section, from diving medicine through to emergency medical care.

As with the previous edition, this handbook will again prove to be a valuable tool in every commercial diver and supervisor's possession, no matter where in the world they are working.