The Sky We Shared (Hardcover) 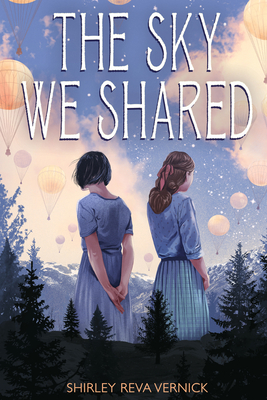 The Sky We Shared (Hardcover)

In this thoughtful and deftly woven WWII novel, an American and Japanese teen with lives on opposite ends of the world discover that hate for an "enemy" leaves a heavy heart.

In southern Japan, Tamiko spends her time writing in her diary, dreaming of making theatrical costumes, and praying her brother Kyo makes it back from the war. She wishes she could be brave like him and help the war effort.

In rural Oregon, Nellie spends her time lying in the grass, studying the stars, and wishing for her pa to return from the war. She also wishes the boy next door, Joey, would talk to her again like he used to.

Tamiko and her classmates are brought to a damp, repurposed theater to make large paper balloons to help the military.

No one knows what they are for.

Nellie and her classmates ration food, work in salvage drives, and support their community.

No one knows what's coming.

Based on Japan's Project Fu-Go during the last stretch of World War II, The Sky We Shared uses the alternating perspectives of Nellie and Tamiko to depict the shared tragedies of two countries at war.

Shirley Reva Vernick is an award winning author and journalist. Her previous works include The Blood Lie, Remember Dippy, and The Black Butterfly. Her interviews and feature articles have appeared in numerous magazines, national newspapers, and university publications. She also runs a popular storytelling website, storybee.org, which is used in schools, libraries, hospitals, and homes all over the world. Shirley graduated from Cornell University and is an alumna of the Radcliffe Writing Seminars. She lives in Amherst, Massachusetts.

"In this extraordinary story inspired by a little-known incident during WWII, Vernick brings to life the hardship, trauma, loneliness and longing of two girls enduring the same war from worlds apart, yet with hope and the resilience of the human spirit always shining through, bright as stars against the night sky." -- Margi Preus, author of Heart of a Samurai

"Falling Stars is a moving and beautifully researched story, rich with period detail, about two teen girls -- one American, one Japanese -- on either side of the Pacific in the latter days of World War 2. Readers will be captivated by the unique, powerful voices of Nellie and Tamiko as the girls discover through their experiences of family, tragedy, patriotism, and propaganda that hatred is not a cure for loss." -- Janet Fox, author of The Charmed Children of Rookskill Castle