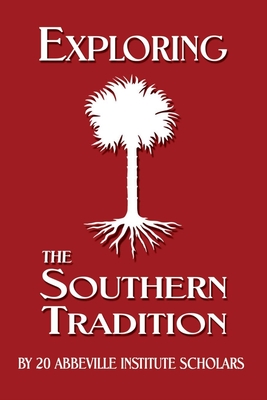 
Special Order—Subject to Availability
(This book cannot be returned.)
WHAT WE HAVE KNOWN as "the South" has been for four centuries a major part of the American identity. This is true whether measured by population, territory, history, or culture, high and folk. In 2002 a group of scholars led by Donald Livingston founded the Abbeville Institute to combat intellectually the ongoing campaign to eliminate the South from "America," a campaign now dominant in public discourse. Their intent was to defend, explore, and apply all that "is true and valuable in the Southern tradition," which they believe has a permanent and constructive role for the present and the future.
In pursuit of its mission The Institute has produced public programs across the land and has conducted 17 Summer Schools for college students, many of whom have gone on to higher degrees.
The Institute publishes five articles a week, a weekly podcast, and houses an online library of about 1000 lectures and articles covering a variety of aspects of Southern history and culture-all of which are available online at no cost
This volume contains only a small representative sample of subjects addressed by the Abbeville Institute and of the distinguished body of thinkers who have participated. As an introductory volume, we invite you to join with the Abbeville Institute as they continue to explore what is true and valuable in the Southern tradition.
Contributors: David Aiken, Boyd D. Cathey, William Cawthon, Tom Daniel, John Devanny, Richard Gamble, Paul Gottfried, Paul C. Graham, Ben "Cooter" Jones, Thomas H. Landess, Donald Livingston, Brion McClanahan, Michael Martin, James Rutledge Roesch, Carey Roberts, Samuel C. Smith, Karen Stokes, Ryan Walters, Clyde N. Wilson, and Aaron Wolf.